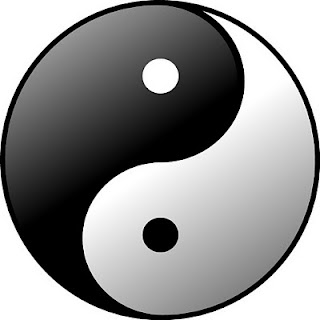 I imagine most folks know this symbol and its meaning. If you don't a look at my life this week kind of sums it up.

I'm excited for the pending release of my short story, Plundered Booty, which will appear along with 11 other great stories in this book in only a matter of days. 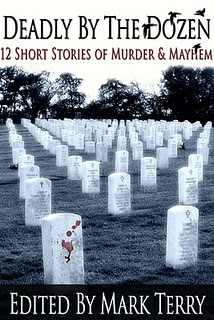 But just yesterday I found out I didn't even make it past the first round of  this years Amazon's Breakthrough Novel Contest. I've consoled myself by saying this first round cuts are made solely off of a 250 word pitch and not one word of the actual novel. Nevertheless, getting cut after fairing reasonably well the others years bummed me out.

After nearly a year and a half of attending RCIA classes I am excited at the approach of the Lenten season and Easter. At which point I will be baptized, take first communion and officially become Catholic. The Baptismal font at our church is  sunken down a few steps and large enough for an adult to kneel in why the priest pours water over their head.  Since no baptismal are done during lent it is very likely that I will be the next person to be baptized.

But as with my writing an event took place this past week which "dampened" my enthusiasm just a mite. I didn't witness the even myself but my boys did as part of their weekly school mass. The church and school are in an older part of town. Across the street lies a large city park which is a favorite hangout of Amarillo's homeless population. It is not uncommon for them to visit the church and attend mass, but last week the visitor had some issues.

Long story short she got upset during mass and commandeered the Monsignor's chair. To further demonstrate her agitation she urinated in the chair. Apparently she did not like the sensation of warm urine running down her leg so the woman's next act was to go wading in the baptismal font.

Upon hearing this story I could think of only one thing ... "I knew that as an unbaptized convert to I'd soon be sprinkled upon, but her added ingredient wasn't exactly what I had in mind."

For several months now I've been working with a group of 2nd graders in preparation for a storytelling contest, and the kids have really found their groove. The competition is Saturday morning down in Lubbock, Texas and I'm eager to see how they fare. Here is how it works. Someone reads them a story and then one by one they go to a different room and tell retell the story they just heard to an audience and judge that has not heard the original version. My only concern was and is their nerves at standing before a room of strangers. I've been trying to teach them how to improvise and make the story their own to distinguish themselves from the group. This week I brought in an audience to get them used to speaking in front of strangers.

And just when I'd about given up on them making the story their own, one tiny little girl stepped up to deliver her version of Pecos Bill's birth on the prairie. Bright eyed and with a smile she told the crowd that Pecos Bill's real name was Bob and after he fell into the river and nearly drowned he was raised by a pack of werewolves.

Now that truly was a tall tale.

Well, as long as werewolves don't come and pee in the baptismal font and then sell the story to a publisher for big bucks, I'd say you're doing well, comparatively speaking.

Awww, I love that you're working with the kids. What a neat idea.

Congratulations on the short story, Travis. Now you can get started on the next best selling novel.

This journey is always filled with ups and downs, but it makes us stronger and more determined. Congratulations on your short story! Be sure to celebrate the wins!

Don't you worry about the ABNA contest!!!!! You have a short story all published and ready to go!! Yay for you!!!!!!

That little girl is adorable!!!! The world of stories remain bright with such up and coming imagination and story telling skills - thank you for all your fab work with these kiddies! take care
x

Some ups and downs for sure.

Wow! You have to be sooo far gone to just piss yourself, right in a crowd of people -and in a church!
Love the storytelling thing! Have fun!

Now that's a little girl right after my own heart!

The baptismal font it sounds like was where she went to get "cleansed"...What did the Monsignor say about his throne? I kind of doubt he had a piss on it attitude.

Cool post. Lovin' the pee in the non-potty, btw. LOL

congrats on the short story acceptance - as for the amazon aware thing - pah, brush it off - onward ho! (but yeah, I know that feeling of disappointment....just feel it for a little bit and then tell it to take a hike!)

You really have had an up and down couple days. I hope things level out for you.

Sorry about Amazon, and congrats on the anthology!

Isn't Easter Saturday the traditional baptizing time?
Joining Jesus just when he seems defeated. . .
rising with him from baptismal "death."

Best Wishes on your "birthday"

Time to change the holy water. And I'm not talking about the urine.