First off let me confirm that yes I am still alive. I know it has been a while but life has turned busy. First, I went on a small vacation. Then my wife blew out her knee leaving me to be dad, mom, and nurse. I hope to update the blog a bit better but rather than dwell on reason I haven't been here let me just dive in.

Today I want to talk movies. I have recently seen two current releases -- THE HUNGER GAMES which perhaps 3/4 of America watched this weekend and JOHN CARTER which it seems nobody is going to see.

Both comes from books of course and both deal with worlds different than our own.

Don't worry I am avoiding spoilers for those who are unfamiliar with the stories but I am offering my brand of review. 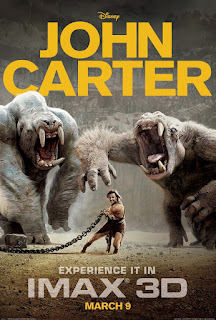 Now it has been at least 20 years since I read Princess of Mars in which the movie is based so my memory is fuzzy. Nonetheless the movie seemed to stray a good bit from the original story while still maintaining the motivations and emotions of the characters. From the wild west to the sands of Mars John Carter hit a perfect balance of action and character development to make me give it a solid two thumbs up. 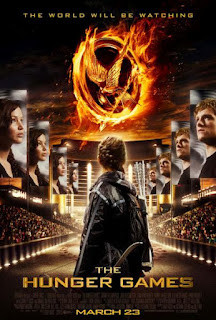 I only recently listened to the audiobook of The Hunger Games so the story is fresh in my head. And while the movie stayed pretty close to to book it did stray on a few details, like the origins of the Mockingjay pin. The imagery in the movie was fantastic and I liked how Panam President Snow was portrayed and the way he was developed in the movie, but for the most part the movie felt like a fancy extended book trailer. There was next to no character development of Katniss, Peeta, or even Gale. The motivations of why the main characters act they way they do seemed to be taken for granted in the movie as if everyone had already read the books. The result of hurrying from one major event to the next left be a bit woozy so I give the Hunger Games movie a mediocre one thumb up, one thumb down.

Have you seen them? Let's discuss.
Posted by Travis Erwin at 10:56 AM 9 comments: 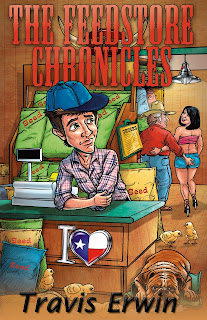 This weekend only you can download and read THE FEEDSTORE CHRONICLES totally free via Amazon for your Kindle. If you don;t own a kindle you can get a free app for your smart phone or computer.

And if you've already bought and read the book I am eternally EXTREMELY grateful, but the higher in the rankings I get this weekend the better, so download it anyway and tell your friends. Thanks.


Welcome to Pearl's Feed and Seed


Most coming-of-age stories are fraught with symbolism, hidden metaphors, and a heaping mound of other literary devices.

Not this one. Not mine.

You see, I came of age while working at a dusty Texas feedstore. A place where To Kill a Mockingbird involved a twelve-year-old and a BB gun. Of Mice and Men was a problem easily solved with rat poison. And David Copperfield was nothing more than a dude that made shit disappear.

In the spring of 1989, I went to work at Pearl's Feed and Seed for a man named Doyle Suggs. On the surface Doyle and I had little in common: I was a rosy-cheeked boy of sixteen; he was a twice-divorced, thirty-year-old high school dropout. I had yet to go on my first date; he was trading sex for horse feed in the back room. Sure, Doyle was a lout, a liar, and a lecherous derelict.

To this day, he remains the most morally bankrupt man I've ever met, yet my life wouldn't be half as blessed, had I missed out on his misguided education. The Feedstore Chronicles is a mostly true account of those days and when murderous ex-wives, well-hung bulldogs, and feed room fornication were all part of a normal day at Pearl's.


I'm going to take a brief respite from the bar stories to introduce you to Tiki. 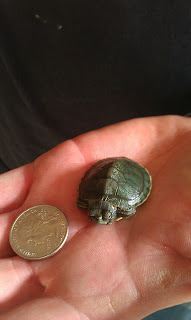 Tiki is but one of 5 pets that resides here in the Erwin household but he by far has the coolest external feature. A feature which earned him his name. 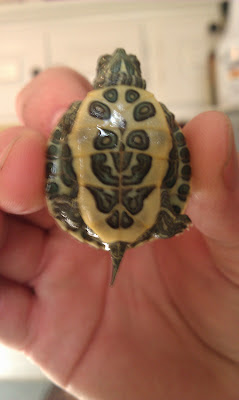 Now how about the face on that guy. Pretty cool huh?

Tiki doesn't make an appearance but you can read and learn more about my family in one of the three stories included in the short collection Whispers which for a short time is available as a free download on your kindle or kindle for PC apps. Even if you do not have a Kindle you can download free kindle apps for your computer, smart phone or tablet so I hope you'll check out the stories.