The Real and The Imagined

It's Memorial Day. A day to think of those we have lost especially during military action. I'm fortunate in that I've never known anyone who dies while serving our country, but I admire all of those who honorably serve just the same.

The last twelve months or so have been tough in that I have lost many friends and family members. Of those many were unexpected untimely deaths. So today I am thinking about all of them.

Moving on. I had an odd dream last night. I dreamt I was writing a new novel with a professional wrestler as a character so for the sake of research I decided to wrestle a few matches to get a feel of what it is like. But the other wrestlers didn't like me, a writer sliding in to steal their limelight so while I was wrestling another guy one fella snuck upo behind me and whacked me upside the head with a folding chair.

It ticked me off so I grabbed the guy and started slamming him against a cinder block wall in rather violent fashion. In my nocturnal illusion it took a good dozen people to pull me off of him.

But the best part of the dream was the video of the event became a Youtube sensation.

And the next thing I know a big NY publishing house is offering my  a huge contract for the book with the wrestling character.

Yeah, not too likely to come true. Never mind the fact I don't think New York editors spend a great deal of time perusing wrestling videos on Youtube ... I also have no work in progress with a wrestling character.

I am working on a story with a character whose job title is ... Semen Collector. Dang glad I didn't dream that one. I'd hate to see that YouTube video.

Speaking of YouTube videos and Memorial Day ... one of the friends I lost was AJ Swope. I've talked about him a good bit on here but he helped me a great deal with the writing of Twisted Roads and I hate that he never got to read the complete book. Anyway someone created this tribute video to honor his life and music. Give it a look ...

As I write this, it is raining outside. Thundering and lightening too. The weatherman says we will have hail within the hour. And high winds.

We need the rain desperately, but I've having trouble mustering much enthusiasm for mother nature this morning. My heart goes out to the citizens of Oklahoma today. In all the areas that have been hit the last few days.

I have very close ties to the city of Moore, Oklahoma. I have always had family there. I have spent much time there and in neighboring Norman.

Most of my family has moved to the Dallas/Fort Worth area, but my deceased cousins wife and son still call Moore home. I have heard they are okay, but their house is not. A look at the tornadoes path tells me it tracked just a bit south of their house, and they had a basement but given the time I imagine he was in school and she at work.

He did not attend the elementary that was directly hit. I am thankful for that, but at the same time completely heartbroken for the families who did have kids in that school. Tragic. Devastating. Too close to home.

Moore has been hit hard many times. I live on the western fringe of what is called Tornado alley but my town is not much different than Moore. The same sort of working class people. The same set of ideals. So this rain outside that we so desperately have needed for months. It doesn't feel so much like a God send today but tears for friends, family and neighbors.

Stay strong Oklahoma.
Posted by Travis Erwin at 8:13 AM 11 comments:

Another Bend In The Road

The day I told y'all the print edition of TWISTED ROADS would be released.

Not intentionally of course but you and I both know what they say about good intentions. I wonder if that paved road to hell is straight and narrow or windy and twisted.

Anyway, my publisher believes the print will be ready by June 1st. I thank those of you awaiting the hard copy for your patience.

In good news I really love the look of the book. The back cover is nearly as cool as the front.

Also I have begin hearing back from readers who have finished reading the novel. I appreciate all of those who spend their money to buy my work and then their time reading it, but the folks who take extra time to drop me a note with their comments, or to leave a review somewhere ... those are the souls that feed a writer's soul. So if you are one of those people let me shout. YOU ARE AWESOME!

Here are some snippets from my two favorite reviews thus far ....

Twisted Roads accurately shows the cause and affect of the lies we tell and roads we take, and how easily our perception of reality/people/gossip can be the sole spark to the truth that results in a pile of burnt ashes.
This world can be an ugly place and most of the time it's because of the sins of its people. But somehow, no matter the lies and different roads, honest love seems to come out winning.

The problem with this book is I want more. The characters have stuck with my thoughts and won't leave me alone, even several days after finishing. I want to know more!

Twisted Roads shows a different side of Travis' writing. Where his blog posts, and even The Feedstore Chronicles give me the sense of oral tradition, Twisted Roads is more sophisticated, more grown up. More mature. More written.


I kick off a blog tour tomorrow and have several events planned for Amarillo, Colorado, and New Mexico but nothing is completely finalized yet. I'm also hoping to do some talks or Skype with Book Clubs as well as podcasts and things to coincide with the blog tour. So check back here, or on Facebook for more info.

I'm not a country club guy.

I have no problem admitting that.

A suit and tie? Not if I can help it. My idea of dressing up is a pair of starched jeans and a button up shirt. Which I can get away with for most functions here in Texas. Dress shoes. I'll stick to my favorite pair of double-stitched, Anderson Bean Boots thank you very much. 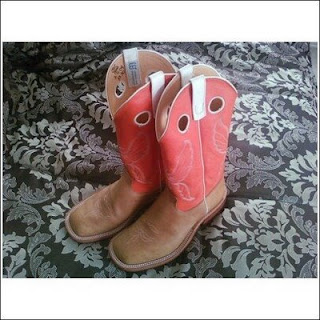 And golf? I have but frankly trying to whack that little white ball in a straight line just ticks me off. I'd rather smuggle in a fishing pole and cast for bass in the water hazards while my buddies debate distance and club selection. I will ride in your golf cart and drink your beer however.

Tennis? I'll leave that to Phats.

But tonight I will be at the Amarillo Country Club for a church event. 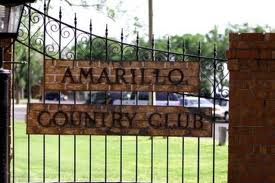 It's not my only visit to the place. I've been there before. In the very room I will be in tonight.

Now tonight I will be back. Perhaps its an odd coincidence I once again have a new book out. Maybe that is the only time they will let a guy like me inside the gates.

I would be game, but I doubt the Arch Bishop wants me to read the opening of TWISTED ROADS. I got a feeling I'd be sent straight to confession when I went to describing purple panties and cleavage.

Oh well, there is always the rotary club.

A tarnished name and a bitter heart.

That's all Angela Ross took when she fled Texas fifteen years ago as a teenager. Now, she's back to take care of her grandmother’s estate. But in a town like Grand, where reputation means much more than the truth, some sins are never forgotten much less forgiven.

Shelly Sampson has worked hard to cultivate her image as reigning queen of Grand, but long kept secrets mean her crown is precarious at best. And nothing could knock her tiara off faster than a chill wind from the past ... Like the return of Angela Ross.

Left with nothing but an old house and painful memories, Angela soon takes a job at the local tavern owned by Lucas Cahill hoping to earn enough to leave this town behind for good. Lucas still holds the same flame for Shelly Sampson that he had in high school and though she welcomes his attention, he can’t understand why she won’t leave her rocky marriage behind to finally give them a chance at happiness.

Once Angela, Shelly’s old arch rival, enters the picture as Lucas’ new employee Shelly’s desperation to keep her life and secrets intact starts a chain reaction whose outcome no one in Grand could have ever predicted.

Fire up That Kindle

The Kindle edition is out ...