My first novel was a romance novel.

I never intended it to be when I first sat down and began writing the story some 12 odd long years ago. I was just telling the story that filled my head. Being the voice of the characters that spoke to me.

I'd spent my life reading and had read a wide variety of books of many genres without being a particularity devotee to any of them. At the time I was enrolled in my very first true writing class. (Oh I'd taken creative writing as a college freshman, but that was about acing assignment, not achieving publication.) My instructor in that calls was RWA Hall of Famer Jodi Thomas. And when she read the beginning of that novel she said, "It feels like a romance, but it's structured more like literary." Because of that and the input of other I for years called it -- Women's Fiction. But like Jodi said at it's heart the book was and is a Romance Novel.

I wrote a second book which was more of a love story than a true romance. Then a third that was pure romance.

And then I strayed.

All of those novels nearly found homes but for a variety of reasons they are still unpublished.

I went through a time thereafter where I started and stopped 3 or 4 new novels. Romances, women's fiction, and a dark literary work, but still heavily invested in affairs of the heart.

Then I started this blog. Began to write more humor. Penned my novella Plundered Booty and began work on The Feedstore Chronicles.

I won't speak for all writers, only myself but I think most of my brethren would say something similar.

Writing for publication is hard. It is fraught with rejections, failures, and long hours, months, and years of disappointments. So much so that even the tiniest of successes is like salve to a wound.

When this blog found an audience and began to grow (back when lots of folks would read blogs meaning BEFORE FACEBOOK), and people I really respect began to praise my humor voice, and I began selling humorous works I believe I was only a humor writer. I abandoned my more emotional writing and somewhere in there I kind of lost myself as a writer. And only recently have I started to migrate back to where I want to be.

Don't get me wrong, I think the comedic stuff I've done has merit but I think it lacks soul at times. Heart even. What I hope to achieve is both funny and emotional. There are times I pulled that off in The Feedstore Chronicles and times I did not.

Another thing about we writers. We worry and fret about things we shouldn't. Our carts are often way ahead of our horses.

I'm still not allowed to share things I really want to share but things are evolving in regards to my career. Well not so much as evolving as coming back around. There is something big, HUGE, LIFE CHANGING, on my horizon that will bring me back to those romance roots. I have been worrying and fretting that my only real writing presence in the marketplace is a comedic coming-of-age memoir. While it is a love story in the end, The Feedstore Chronicles certainly is no romance novel.

The fine folks at TAG Publishing that released TFC have been working with me and we've discussed many a follow project. They truly are interested in helping me build a career so  after much discussion we have decided it would be best for my next release to be something of a bridge between Feedstore and my romance/women's fiction projects which certainly appear to be my future.

Long time readers will remember that is the name of a short story, turned novel, turned novella I wrote a number of years ago. The Novella was published in the Deadly By the Dozen e- anthology but I have recently been revamping to story.  I am getting closer to finishing it up and I'm really happy with what I have at this point. Comedic in nature it is a tale of modern day piracy set mostly in the fictional town of Red Dirt Oklahoma. It is chocked full of derelict car salesman, love, lust, and men thirsty for more than Caribbean rum.

I'm not sold on Plundered Booty as the title but that is where I'm at in my writing ventures. I'll update y'all as I can.
Posted by Travis Erwin at 10:40 AM 12 comments:

I've had a productive writing week so rather than drone on here I'm going to share a few of the many pictures I've collected recently on my cell phone. All of these shots come from in or around the Texas Panhandle.


Last year was terrible hot and dry but because we've had more of these this year ... 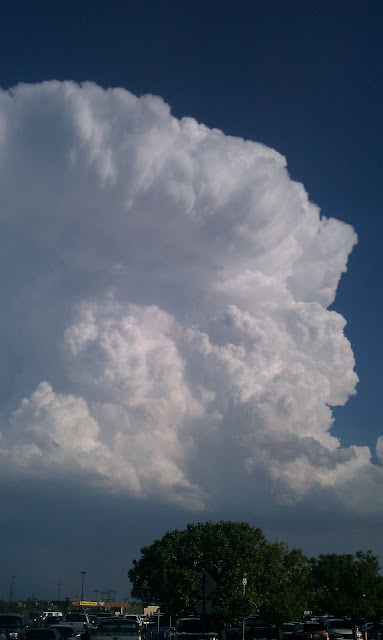 we actually have some green foliage and wildflowers. 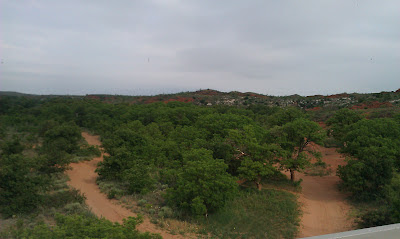 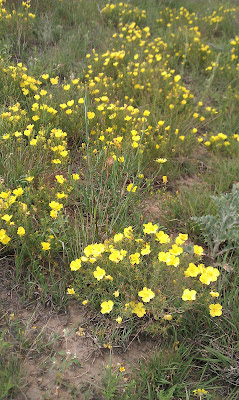 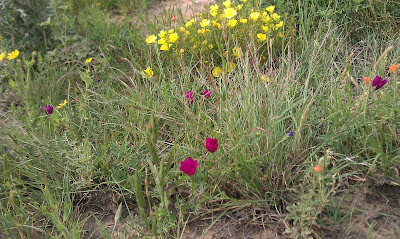 Hope that trend continues through the summer but I certainly do not want it to ... 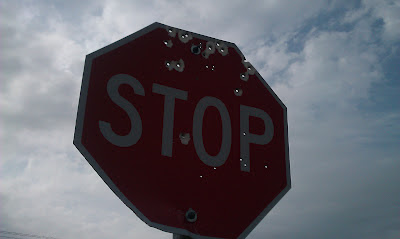 After all the cows need something to eat. 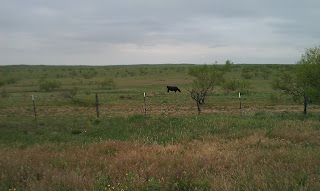 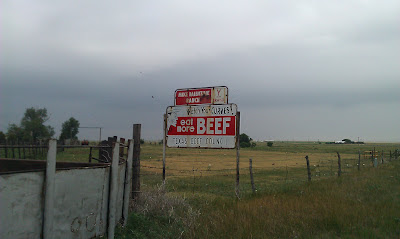 Whether it be beef or pork. 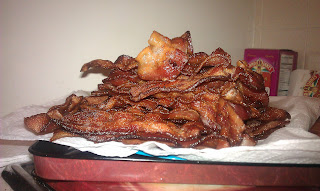 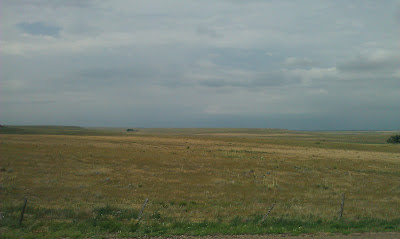 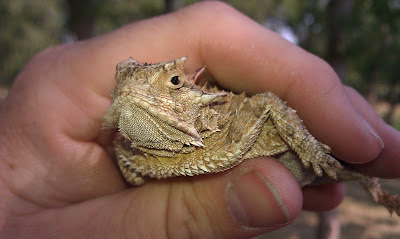 I wish this picture accurately showed the size of these wind turbines, but it is hard to capture. (At the base of the nearest turbine is a bobtail trailer you might be able to see by clicking on the photograph.) 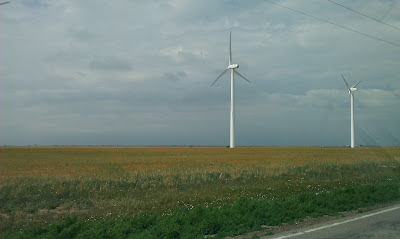 I would explain this shot but I better not. 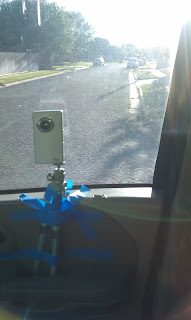 Again, you might have to click to see it, but that is Amarillo's skyline out there on the horizon. Okay, so it's not New York or Chicago, but it is home to me. 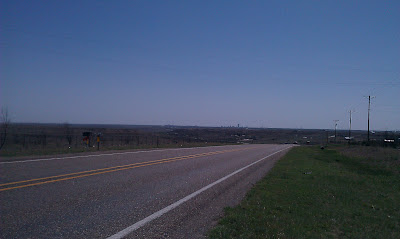 I'd just finished mowing the lawn and my hair was sweaty so when I ran my fingers through it this was the result. My 9 year old told me I looked like Wolverine so I struck a pose. 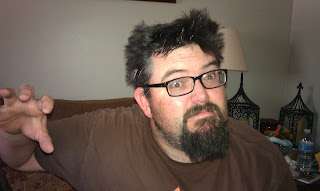 This paperback wouldn't quit frowning at me. 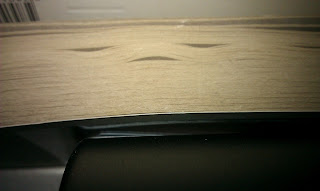 See ya on down the road my friends. 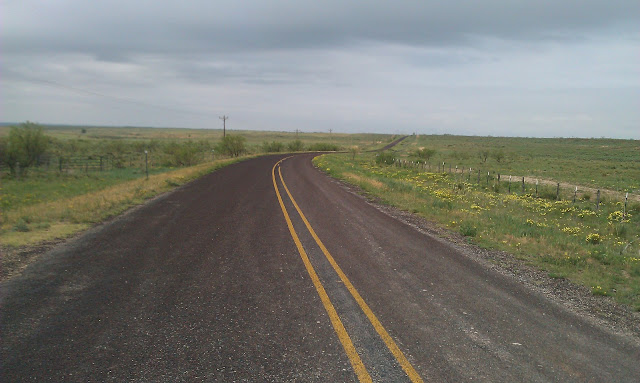