No not that kind of bar. What are y'all lushes?

I meant the bar of expectation. The bar which I assume is a metaphor from the track and field world as in the high jump and pole vault where competitors must achieve a predetermined height or goal.

You've waited for months maybe even months for a certain movie and finally, All Dogs Go to Heaven Part 19 is here. But then the actual flick simply doesn't live up to your anticipation. It failed to clear the bar.

Books, movies, new seasons our favorite TV shows. Albums, return trips to favorite restaurants, a new post from one of your favorite bloggers. (Don't kid yourself you know that's why you are here)

At one time or another we've all been disappointed by something eagerly longed for.

And sometimes it is this very pressure that creates a problem. Heck we've all been awaiting Harper Lee's next book but something tells me she never quite came to grips with the success of To Kill A Mockingbird. I dare say she even feared any follow up would follow short. J.K Rowling released a book last year under a pseudonym to escape some of the hype and pressure. And look what happened to Lucas when he finally put out a new round of Star Wars movies.

On the flip side we've all stumbled into that movie we thought would suck or that dive cafe expecting a ho hum experience only to have our expectations blown out of the water by a great viewing or taste budding pleasing extravaganza.

Let me share a recent day in my life where expectation and reality fought a hard battle in my life.

There I was in Plano, Texas. Ready to watch my son and his soccer team battle. Now we've been making the nearly 6 hour trip to Plano quite often since last September as his club team plays league play all the way down there since there is not much of a soccer culture up here in the Texas Panhandle. His team had battled hard and improved greatly while adjusting to bigger playing fields, hotter temps, higher humidity and the challenges of facing more experienced teams. Despite the improvement they were a combined 0-14-2 heading into a weekend where they were slated to play the two best teams in the league. Expectations were low yet his squad battled hard and tied the very best team in the league. it felt like a win for his team and a loss to the other guys. All because of expectation. 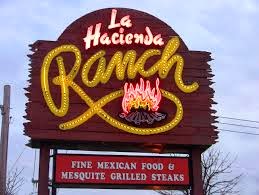 
We'd eaten there the week before and the steak fajitas were the best I'd ever had. Week two, I'm proud to say held up. The place was just as tasty the second time.


And then I went to Whole Foods. 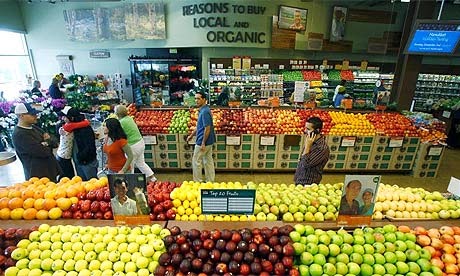 Y'all know me. I'm the Lettuce is the Devil guy.

These are curse words in my vocabulary and her was an entire store not only full of that stuff but the kind of beatnik, hemp sandal-wearing, do-gooder yuppie moms people. How could I, a devote meat man enter the den of vegetarians, vegans, and various other vagabonds of the  "healthy living" lifestyle?

My expectations were below ground level. The bar was set deeper than carrot roots.

And then I spied the beer aisle.

I felt like a like a hungry panther upon catching sight of a juicy cottontail in a field of dandelions.

I spent the better part of an hour ogling battle of all shapes and sizes from locales all over the world. Ales, Lagers, Stouts, Pilsners ... OH MY!

I bought one of these on one of that. A bottle of trappist from belgium. A lager from Germany. An amber from California and then I spotted the dunkel.

from the German Beer Institute website ...   Dunkel — The World's First True Beer Style
German Dunkel ("dark") beer is a deep-brown, mahogany, or sepia colored all-barley lager. It is soft and elegant, with a rich, mildly vanilla, nutty-sweet palate and a dry, rounded finish that is never harsh, toasty or acrid. The beer is full-bodied, with a chewy texture and a firm, creamy, long-lasting head. Though it looks much like a British dark ale or Porter, unlike these brews, a Dunkel has a typicallly clean lager taste without any fruitiness at all, and next to no nose.


Except this dunkle wasn't exactly German. It was Texan, But from German ancestry according to the bottle. It was brewed jsut up the road in McKinney Texas at a place called Franconia Brewing. I was so sure I'd love this beer I bought a whole six pack versus all the other singles I'd picked up.

Well folks let me tell you, and this is painful for a prideful Texan to admit ... not everything is bigger and better in Texas. The dunkel was an awful disappointment. If you check that description up above you will not find even the slightest of mention of peas. Yes those evil little green suckers good for nothing but thumping off the dinner table. Peas. That is what this dunkel tastes like. In the bottle, poured in a mug, it doesn't matter the stuff tastes like damned peas. Peas people.Why for the love of all that is holy would anyone brew beer that smells and tastes like garden peas?

Franconia Dunkel you broke my heart with your overriding pea flavor. At least Coors Light only tastes like pee. Yes, I consider urine a slight improvement over peas in the taste scale.

To be fair it's not the worst beer in the world. I mean there are people who enjoy the falvor of peas but come on man warn a fellow. Put it right there on the bottle ... HEY, IF YOU AIN'T A VEGGIE LOVING PEA POD PARTIER! THIS ISN'T YOUR BEER!

But don't try to sneak in your evil healthy living flavors on an unsuspecting fat guy. It's not right to trod upon his expectation like that.