Tasty Novels, Fatty Livers, and A Sweet Patch of Freckles ... Oh My 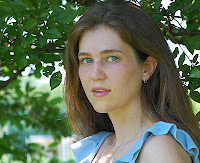 Today, I am pumped (you'll see why later) to turn the blog over to the talented and witty Sarah Hina.

Before I was an author, I was a medical school dropout. And before I was a dropout, I had to survive that first-year crucible known as Gross Anatomy.

The same could not be said, of course, for the cadaver before me.

But the worst part about the class was not, in fact, the dead body I dissected, examined, and whose vast and interlacing brachial plexus fired and exhausted the muscles of my short-term memory. It was not the panic twitching my own nerves on exam days. It wasn’t even the “slop bucket” at the end of each table, whose purpose wants no elaboration.

No, the worst part was the formaldehyde.

The stuff permeated everything. I licked it from the roof of my mouth. It clung to my scrubs and infected my hamper. With every inhalation, it scoured my lungs. In my mind, the fixative quickly became Eau de Death. Glancing at the clock at the front of the classroom, I wondered how many hours I’d have to stand there before my tissue similarly petrified. Wondering such things distracted me, you see, from the 90-year-old man with the bag covering his face, whose life and dreams I knew nothing about, but whose body I knew more intimately than anyone he’d ever known, held, kissed or loved.

Still, I did wonder. Outside of the classroom, too. Formaldehyde did nothing to stiffen my resolve to become a physician or to staunch the flow of my imagination. The man’s swollen knuckles knotted large hands (a laborer, maybe?). There was a scar on his arm (a careless moment with a machine?). He had a sweet patch of freckles on his neck (summers spent outside). A fatty liver (beers wit

h the summers spent outside).

Inflatable tubes in his penis.

This was in the days before Viagra. But men still needed sex; they still deserved to feel vital and passionate. Only now, his erectile dysfunction—this tender secret he harbored (along with his wife)—was dissected and laid bare for the giggles and stares of a swarm of twentysomethings whose own arousal came as cheap and plentiful as oxygen.

Don’t get me wrong—I laughed, too, at first. It was unexpected. Slightly shocking, even. But after the jolt of that first, nervous guffaw, and as seconds melted off the clock, my mood shifted. I was bothered. Irritated. Angry at some of my classmates for only seeing a couple of punch lines at the end of some spongiform tissue, where I knew there nested a touching vulnerability.

His cause of death? A Sharpie on the body bag had scrawled, “Alzheimer’s.” It wasn’t enough. Not then, not now.

I never went so far as to name him. That was not my right. But looking back, he was the most important part of my medical school education. Not his anatomy, which I was entirely too incurious about to become a good doctor, but him. Whatever it was that cleaved body to soul, and which had flown into the ether upon his passing. Above my scalpel, beyond any fixative.

He was the first character to jumpstart my writer’s heart.

He beats there still.

And a blurb from Sarah's recently released novel ... Plum Blossoms In Paris 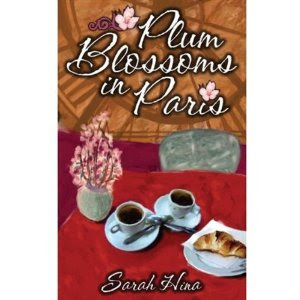 Post-grad neuroscience student Daisy Lockhart has never been short on brains, but after her longtime boyfriend dumps her through e-mail, she is short on dreams. Alone for the first time in six years, Daisy allows herself to finally be an individual instead of half of a couple. On a mission towards self-discovery, new adventures, and healing her wounded soul, Daisy travels to Paris. Upon her arrival, she meets Mathieu, a mysterious intellectual with a carefree spirit, and Daisy begins to experience the passion and the fulfillment she craves. Daisy's tense battle between possible love and her newly found freedom forces her to decide what she really wants.

What an incredible post. Thank you for sharing Sarah.

You've EXACTLY described my experience in medical school. I see everything through the prism of the gross anatomy lab. I can still smell formaldehyde when I conjure those images, even after 27 years. It was everywhere, in everything. I remember long, hot showers and scrubbing myself senseless. Going for a run to open my pores and sweat it out. But it was futile. It was in my clothes as I pulled them from the line. In the food that I consumed in the hospital cafeteria. In the jar that I hoisted at the local pub.

It was in my heart, and in my soul. And I almost couldn't bear it. In my case, she was an 83-year-old woman who was barely 80 pounds. She must have had osteoporosis, for her bones were so easy to break. Her lungs were as pink as the day she was born, and I remember how my professor said that fact brought him to Nova Scotia. He told us that no one in the US has pink lungs anymore, that everyone suffers from rampant pollution.

I left medical school because I was feeling overwhelming tension but — oddly — it only afflicted me on Mondays, Wednesdays, and Fridays. The very same days that I spent huddled over my cadaver with fellow students.

Ten years later, I learned that I am allergic to formaldehyde. A small skin test made me blow up like a balloon.

I hope to join you in the literary world, and I am so looking forward to reading Plum Blossoms.

Good luck with Plum Blossoms Sarah and thanks Travis for introducing Sarah and her book here.

Travis, I agree that I'm never disappointed. Stopping by Murmurs is always a highlight.

Karl Edward Wagner, one of my other favorite authors, left medical practice to write.

Great post. Very intersting. And certainly this is one reason I didn't even try to go to med school. Dissecting rats was bad enough.

It's even better than this fantastic post. Everyone needs to have two or three copies, 'cause mine has already been lent out and I may not get it back.

As for med school - I toyed with it (I love dissecting frogs. LOVE) but Aerin doesn't do chemistry. The periodic table hates me, and the feeling is mutual.

What a gorgeous description of meeting mortality in person. Wow.

We dissected things in high school. Cats even. It's not that I had a problem with the dissection part (though it wasn't my favorite). but that I despised having to memorize all those parts.

Thanks to everyone for your kind comments here, and especially to Travis. I couldn't think of a better place to launch my blog tour.

Steve, I well remember telling my dad I was dropping out. Hardest conversation I've ever had. Never, ever regretted it.


Richard, it is a haunting sort of stench, isn't it? Your comment about "sweating it out" was particularly apt. I remember that feeling well. That sense that it was a part of me now. That it had swallowed me.

And how amazing that you only found out later about your allergy! Now you have me wondering...because I'm allergic to everything under the sun. And then some.

I'm glad you could relate to this one. And that I'm not the only med school dropout. We did all right, huh? :)


Aerin, I could write a whole other post just about organic chemistry lab. It hated me, too. Loathed me, in fact.

At least those goggles were sort of hot.

I just got my copy today... I started my little happy dance but decided to put it to the side, to wait until the kiddies are in bed, to be savored... judging by this post, I won't be disappointed.

@Sarah: Thank you for sharing this. I knew bits of it from what you have revealed in blog posts and comments over the past two years, but this certainly makes one understand where the passion in your writing comes from.

Oh, and unlike Aerin I'm still reading the book and in the words of Daisy, 'I am lovin' it' :D

I think Daisy was channeling her inner Ronald McDonald.

Don't mind me, I'm snarky at anyone gifted in science. I was one of those little girls who wanted science kits for Christmas, who went to science camp, loved it all. By high school I knew science wasn't my strongest suit...*sigh* And there went my dreams of being a neurosurgeon.

Of course, what's interesting to me is that none of Sarah's medical background went into her novel. I mean, none that was wholly germane to the plot. Maybe she'll create the next Temperance Brennan-like heroine....

Nice post, Sarah! Speaking selfishly, I'm glad you became a writer instead of a doctor.

Thanks again to all of you! This has been an amazing day for me.

Aerin, the thing was, I wasn't so gifted in science. I had the cramming skills to coast by on, but in terms of true, integrative understanding?

Well, I shudder to think what would have happened if people's lives had been dependent on me.

I DID put my neuroscience lab background into the novel, with Daisy's turtle experience. That is all, regrettably, true.

Somewhere out there, Yertle the Turtle is weeping.

love this post! I have heard plenty of stories from the ER and the OR and so forth but never from your angle!

Thanks, guys. I really appreciate all the support and feedback.

This posting is publish-worthy! You may have had a doctor's hands but you have a poet's soul.