My mind is infected with a myriad of random thoughts and observations so excuse this rambling post of absurdity. Look there is so much stuff crammed in there it is beaming out my ears. 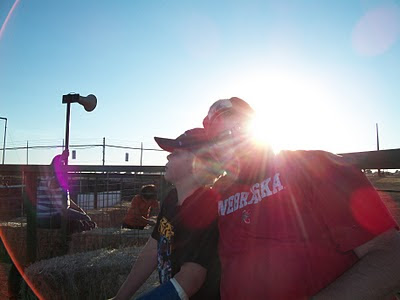 I'm curious, what do monkeys claim to have gotten off their back after solving a persistent and dogged problem?

My followers on those places chimed in with a variety of answers, but I decided from now on I'm gonna use the word poodle rather than monkey. As in ... "Whew, I'm glad to get that poodle off my back."


Twice I've used the new and improved saying in conversation and the other parties have failed to notice. Think I'll start using poodle in all my cliches just to see if anyone notices or is even listening to a word I say.

But mention Santa Claus and they can hear a poodle drop in a bowling alley.

Speaking of being ignored. Here I am on DAY2 of my quest to get Chelsea Handler to read my Feedstore manuscript, or even acknowledge my existence and so far she hasn't woke up and smelled the poodle. To help the cause you can leave Miss Handler a message at MySpace, Facebook,  Twitter, or you can email her at chelsea@chelseahandler.com

Upon hearing from her fans that she does not like men with facial hair I have offered to let her diminutive side kick Chewy, who she refers to as her little nugget, shave my goatee for a live TV audience. Now if that is highly quality entertainment I do not know what is.

But I would never expect y'all to do my dirty work for free so I have a bountiful prize package in which I will reward to one of my faithful helpers upon any sort of acknowledgment at all from Miss Handler. Here is a picture of the prizes up for grabs. 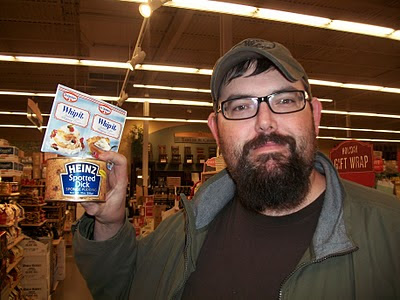 Whip It and Spotted Dick. Who could resist that combination of delicacies?
Posted by Travis Erwin at 11:49 AM

I've only seen Chelsea Handler on Larry King (I don't have access to anything else). She's pretty and she's funny, but God help anyone who gets involved with her.

This post is hilarious. It had me in poodles!

Hey, it works for presidential quotations too!

"I did not have sex with that poodle." BC

I secretly want to be Chelsea Handler. And I am so trying to poodle thing right after I tweet Chelsea.

The wife and I watch Chelsea Lately every night, I have seen you on twitter trying to get her to notice you good luck with that. I think she'd be cool to hang with

What the FUCK is spotted dick?!!!
I would generally avoid it, but apparently it's something good?!
Anyway, I'll bug Chelsea for you. :)

Please keep the spotted dick.
That's a great name for a band.

Holy devil is lettuce! I have no idea what either of those are, but I know I love your writing. On it.

Nah, uh. How did you get that Heinz can to say that. Is that for real?

my husband loves spotted dick. I haven't acquired a taste for it yet.

I thought spotted dick was an STD and now Heinz has it in a can? Dude somehow I really don't want to win any prize your giving.

It's Chuy, fyi. The misspelling might not endear you to her on top of the facial hair...