Me and the Sandman

Sometimes I forget or get confused what I have blogged, as opposed to Facebooked, or tweeted. Sometimes I say the same crap on all three, but juggling, without dropping the balls, never has been one of my talents. Good thing I never tried juggling chainsaws I suppose.

So, I think I mentioned on here the Post Office's plans to scrap 300 mail sorting facilities. Given that I work in a mail sorting facility this bit of news was quite concerning, but I don't think even I realized how invasive this danger was into my psyche.

The list of sites slated for closure was announced yesterday and in the days before that I had some of the worst sleep of my life. I feel certain he two facts are related.

I've always been a vivid dreamer but Tuesday night my nocturnal illusions were particularly vivid and terrifying.

There I was riding with a Texas DPS officer in his car. I was researching for a book because I kept asking him questions in regards to my character. A radio call came in saying we needed to come ID a body announcer officer had just shot. The man was a famous serial killer law enforcement all over the country had been searching for. We arrived, ID'd the body, which was bloody and riddled with bullet holes from the shoot out. We were standing there talking when the man sat up shot both officers int eh face and then began taking shots at me as I ran zig zagging across a field. Several bullets hit me in the back and I woke just as I was falling to the ground.

I sat straight up in bed with my heart beating wildly and my skin clammy with sweat. It unnerved me so much I woke my wife up just to talk to her.

When I went back to sleep tornadoes destroyed my house, then a semi plowed into the car myself and my family was riding in. The next night I dreamed an ER doctor sawed off my foot with a hacksaw because the cut was too deep to do anything else. Then I got arrested.

So as you see sleep has been spotty at best.

Yesterday that list came out and Amarillo was NOT on it. Some 270 odd other places were. Places much bigger than Amarillo. Dallas, New Orleans, Orlando and many more. (should you be curious enough about your local sorting facility, you can look at the complete list here)

I imagine geography saved us, as we serve a large area.

And last night's dream? I was at a hotel bar. I ordered a bottle of Rum. The waitress brought me Vodka. When I complained she took it back and brought a bottle of Crown. Again I pointed out her mistake. She first told me she thought whiskey and rum were the same thing to which I answered not hardly. At her confused look I said," Just forget the Rum and bring me a bottle of Shiner." Which she did.

Perhaps that is my subconscious saying .. Drink up, you get to stay in Texas. 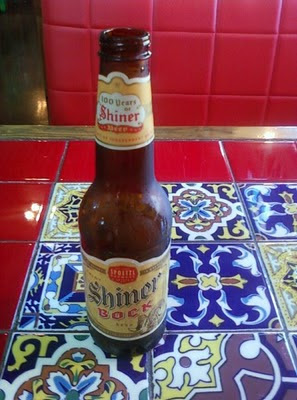 Don't ask me what it all means but Detroit was on that list. Of course for efficiencies sake they probably want to consolidate Detroit with Florida because they are both within 2500 miles of the Canadian border crossing. Bureaucracies, how would the world move forward without them. Great though for you that you get to stay in place Travis. One uprooting a decade is enough.

So that hacksaw amputation what was the tooth count on the blade? Hope it was 50 or 60 per inch. Would have gone faster and made a cleaner cut.

How awful for you - what a wait. I'm glad your sorting office is safe but it's terrible that 270 sorting offices are to be closed - with consequences for those who work there. :-(

Drink up - you deserve it!! Take care
x

Happy for you, Travis! Breathe deep and relax now.

I've been thinking about you since you posted the other night that your job might be at risk. So happy to hear that you're still employed. Terrible for the others.

As for your dreams, those are intense! I can often figure out why my dreams get crazy, but those are downright scary! Glad you got to finish it off with a Shiner.

Must have been pretty nerve wracking.

I'm glad you get to stay in Texas! And I've also been having really vivid, sometimes scary, dreams lately.

Huh. Wonder what I'm worried about?

I understand. Dreams confirm, if not add to, our unsettled state. Glad your office was spared, and glad the dreams are confirming, and adding to your settled state.

Wow, it looks like everything in Arkansas is going to pass through Little Rock. Jonesboro, Fayetteville, and Harrison are all on the list.

Oh dear. There are several closures in CA. ;(