Oh My Gawd ... Did You see That Fat Hairy Soccer Dad

A person must possess many different traits to be a writer.

Imagination -- without it you can't think up a good story.
Patience -- writing, especially a novel is not an easy or quick process
Stubborness -- a wannabee writer hears no more often than a two year old at Toys' R Us.
Ego -- it takes a certain mindset to wanna play God with characters and worlds.

There are of course more attributes but for the sake of getting tot he point let me add nosiness to the list as it is one of my favorites as well as one trait in which I excel.

Some people call it eavesdropping. I call it research. But if I am honest it is just out and out nosiness.

A few years back I sat on the concrete base of a pillar outside the Golden  Nugget on Vegas's Freemont street next to a young man in his early twenties. 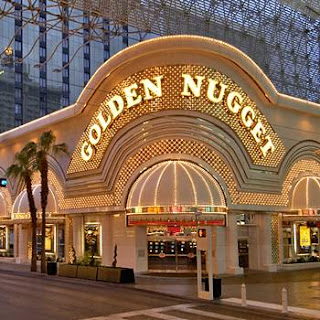 The young man was too drunk to pay me much attention as he slurred  into his cell phone. He alternated between begging for forgiveness and professing of undying love. It was obvious the fellow was only minutes away from either passing our or puking. Perhaps even both. My wife was tried her best to persuade me to move along but I couldn't. Despite having had a drink or three myself I was fixated on this guys conversation. My writerly mind began to picture the young, way too patient woman on the other end.

For the record the girl hung up after fifteen or twenty minutes. The kid puked, luckily his vomit missed my shoes, but sadly that luck didn't carry over to the gaming tables. Last I saw that guy was curled on the ground in the fetal position but my eavesdropping gave birth to a story I've yet to write it. I do, however, have ten pages of notes for what will someday find their way onto the page.

Yesterday the scene was much different. I was at a city park here in Amarillo. Watching my nearly 9 yo son try out for a select traveling soccer team. I sat in a lawn chair surrounded by women as apparently, soccer dads are an oddity.

These women mostly knew each other as their kids have played in this particular organization since they were 5. The soccer mom's hung about in small clusters of three or four whispering, talking sideways from their mouth and smiling while venom dripped from their gleaming white fangs.

To be fair let me say not every cluster operate this way. The two women to my left were quit pleasant and talked about family, friends and kids. The group behind me and the two to the right however dissed upon every other woman at the park. When they got down picking apart the bones of their peers they started in on the kids, husbands and even coaches within the soccer organization. Then when they ran out of specific people they started talking about cultures and get this ... people who eat and serve red meat to their kids.

Chicken or fish once or twice a week is okay they surmised but how do you expect your kid to be healthy of you feed them steak and hamburgers every other day?

I'm gonna sneak in my own tacky comment here and say my meat chomping kid made the team. At least one of Vego-mom's lettuce chompers will not be traveling with the squad when they head off, get it HEAD off to tournaments.

But really this post isn't about me defending my meat loving ways or my kid being better than her kid at soccer. Really,it isn't but that was fun to type.

No, this post is a thank you to those women, for I know have a great idea for a hilarious novel. Characters are already starting to take shape and while it may change right now I'm calling it ...Vegan Soccer Moms From Hell
Posted by Travis Erwin at 10:40 AM

I love it! (the blog and the story possibilities.)

You must be nosey to be a writer. You must be. Well that's my excuse anyway. Ahem.

Oooh! May I just say that people who eat fish and chicken are not vegans or vegetarians? They're still your fellow carnivores. Ahem. p.s. I'll buy you a beer before you throw that lettuce at me! LOL!

And yay for your son getting into the team! Take care
x

Here in Texas neither fish nor chicken is real meat.

Too funny....I have to be a beta reader for this! First, congrats to your son for making the team. Second, you're going to need a second job to pay the soccer bills. Third, if you travel to a tourney in TN, you have to let me know. The hubby and I will buy you a beer and a steak...or maybe some genuine TN ribs!

Following the adage, “Write about what you know,” I know eavesdropping is a great way to create fiction! Keep those eyes and ears open…

Somehow, I can see a cultish type of flick coming out of this novel.

Good writers are watchers of life and people.

grist for your wonderful mill, Trav!!!

Congratulations to your son! Ah, writers are strange folk! :)

I so hear you about the fangs dripping venom. I get that a lot when I go with my daughter anywhere. You might think that you could only find clique's in high school but you'd be wrong.

Human beings are basically nasty, brutish creatures. I'm trying to evolve away from them as quickly as I can. It doesn't seem to be working at any great speed.

Everyday life. What better fodder for a novel! I can tell you the names of those catty women, by the way, if you'd like...

Congrats to your son!

I would be tickled to create anything that turned into a cult film, or any film for that matter.

It is Tennis Moms here....in their designer duds that most likely have never seen a court. Big time congrats to your son.

To your list I would add SELF CONTROL---The ability to not kill the fool when asked---So, how is that writer thing you do coming along these days?

Mean girls grow up to be mean women. I truly believe that.

Hurry up and write their novel - I would love to read it!

So you're saying that Amarillo is hell?

I feel sorry for those poor women. Their lives are so pointless, and their souls so in need of validation that they compete with each other to see who can put down more people in more vicious ways. I especially feel sorry for their kids. Yikes.

Traveling teams tend to be filled with the worst kind of parents. It's not always the moms, either. For the parents, it's more about their kid getting the star role and the expert instruction and the trophies than it is about fun. Which I can understand a little bit because it is freakin' expensive to be on a competitive team. Since my kid is a role player and won't be a starter unless there are no subs, I'm more relaxed. As long as he's having fun, he's improving, and he gets a reasonable share of playing time, I'm happy.

You want to know the very worst possible soccer story, though? We had a pizza/pool party after one of the games recently, but I had to drop my mother-in-law off at her car. So we were 20 minutes later than all the other families.

The only pizza left by the time we got there was vegan and gluten-free. You haven't known misery until you've had vegan gluten-free pizza. AND had to pay $5 each for it.


PS: Can't wait to hear the story about the guy in Vegas. I have my own story of Vegas which I will share with you at some point if/when we ever meet in person. Does not involve vomit.

Forget books for kids....I feel a novel coming on!

I hope you write a banned book one day also :-)