So, Brandon graduated and I never saw him much after that. With no reason to drift over near Amarillo Boulevard I stayed out of the dives and no respectable bar (is there even such a thing) would let me in so for a year or two the closest thing to a bar I got was a handful of visits to some pretend teen clubs. Instead I hung out at the ag farm, friend's houses, and various parking lots that kids tended to gather.

Matter of fact it wasn't until my second year of college until I again ventured to real bar. 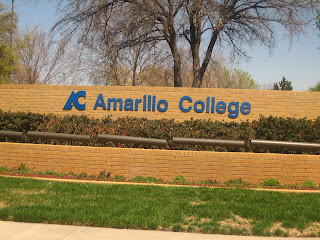 I was taking a class called interpersonal communications and we had a group assignment. I was the youngest member of our group and the only one under 21. Our assignment was to somehow show the various forms of communication. I wish I could remember now the 5 or 6 forms we had to use but sadly I cannot.

Anyway, my group decided to make a movie or more like a music video. We pretty much stole the script from the old Garth Brooks video, THE THUNDER ROLLS.

One member was a bartender at the local Holiday Inn so we began filing there. 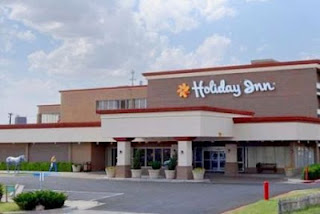 No, I don't count he lounge at the Holiday Inn as a real bar, I'll be getting to the real bar later.

I was in charge of the script and the filming so I didn't actually appear in the video. well I did, but I wasn't supposed to.

We shot scenes at Holiday of a married man, we knew he was married because of my fantastical camera skills in which I zoomed in on his finger as he took off his ring and hid it in his pocket, drinking and then slipping into a room with a woman who was obviously not his wife. We then cut to a woman sitting at home, obviously worrying about the whereabouts of her husband.

The whole video started out pretty good. My camera work was steady, the "actors" voices unslurred, but pitcher after pitcher of beer is not conducive to academic pursuits and though we didn't really realize it we were all inebriated long before we departed Holiday Inn. We then traveled over to a guy named Jaime's house for the big climactic fight scene of the husband coming home and getting physical with his wife.

We shot the thing in like two takes and were so pleased with ourselves we then decided to head to this country bar called Wild Wild West. I'm not sure how I got in. Perhaps they never carded any of us int eh group or maybe somebody knew somebody working the door. I do not recall, but I wound up purchasing a large plastic cup for I believe 7 dollars. Possession of said cup meant unlimited refills of any draft beer.

Details from that point on are fuzzy. I remember accompanying a classmate over to some girls apartment. I remember him rousting me awake from the comfy confines of a beanbag chair, and the next thing I remember was my alarm going off at 7 AM for my 8 AM class.

The snooze button is a fickle but  much welcome friend.

Each time it went off my head would throb and I would say to myself, "Man i don't wanna get up and got o class, but then that little voice would say but you have the tape and it is due today."

That's right in full collegiate procrastination we shot the video the night before it was due. I grabbed the tape and made it to class unshowered, unshaved, and unable to fully open my eyes a full fifteen minutes late.


I no more than walked in than the professor said, "Well look who decided to join us. I trust you have the assignment since Ms. Finnery does not."


I looked around and noticed only myself and one other group member was present, the ever diligent Ms Finnery. When our eyes she she gave me a desperate longing look of please have the tape.

I whipped out the tape and stuck it in the VCR. of course I had to rewind it because we hadn't even done that much after filming.

Like I said it started out okay but quickly transcended into a  train wreck of shaky camera work, slurred lines, and glossy-eyed stares. In the big climactic domestic abuse scene you can see me in the closet mirror standing with an old camcorder hoisted to my eye and a goofy grin plastered on my face.


Somehow we managed a B. I'm still not sure how.

1) Be wary of bars called Wild Wild West
2) Hooorah for big plastic cups that magically refill themselves with alcoholic beverages!

A mark of B!!!! Man, that teacher liked you guys! Or maybe you got extra points for showing up, bleary-eyed, to hand it in on time.

B is excellent. Good for you.

"I wound up purchasing a large plastic cup for I believe 7 dollars."

"Details from that point on are fuzzy."

Lol! That's priceless, I can so relate. I haven't even read further, had to comment.

So was it a RED SOLO CUP!