Today I am sharing my blog with Vick Schoen. Vicki and I were critique partners for many years. Through several different groups the two of us wrote on. She has been essential in me becoming who I am as a writer. She has a new novel set in the dust bowl era here in the Texas Panhandle.

Historical Fiction As It Was Really Lived


In the Texas Panhandle during the 1930s, the hard, cracked earth seemed to turn on the men and women who had nurtured it all their lives. The decade-long drought had rendered the fields barren, susceptible to the constant wind tearing away the topsoil. A tough place to eke out a living. Some folks left. Some died. Some lost their nerve and their hope. But the strongest survived and became the backbone of the area. These are the folks who personified the enduring values of the American West. These are the heroes of Inherit the Texas Earth. 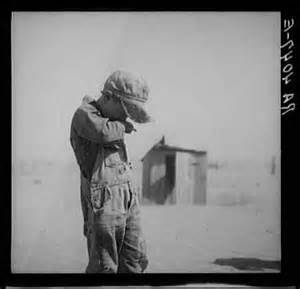 Writing about them was a challenge. I wanted to make my fictional characters strong enough and vulnerable enough to pay just homage to the real players in the drama. And I wanted to acknowledge the land on which they built their futures.

Meet some of the main characters.

Willy Gil Kellogg talking to Gramps as the old man is dying ...
Gramps lay on his side facing the open windows. An evening breeze was making an unsuccessful effort to clear out the odor of medicinal alcohol and vomit. The western sky glowed with oranges and pinks—the day’s last attempt to keep the night at bay.
“Will, come ‘round over here.” Gramps’s voice sounded small and empty, not the commanding, full resonance Willy Gil had heard his whole life. “Pull that chair up. I got something to say to you.”
“Yes, sir.
“You comfortable, Gramps?”
“Oh, sure.” The old man sucked in a shallow breath of air. “’about as comfortable as a snake in mud.”
Willy tried not to grin—but did anyway. “Grandma says eat some soup.”
“Well tell her I ate it. Make her happy. But toss it out the window. I’d just throw it up.”

Rosemary Fielding on her first morning in Texas ...
Rosemary looked at the wheat ready to harvest, the shack needing repair that would be their home, this plot of land Pa had signed a lease on yesterday claiming, “The good Lord’s wantin’ us to be Texans.” Sharecroppers. That’s what they’d become.
Pa had tried cotton farming and failed. Then he’d worked at the sawmill in Augusta and failed at that too. Now was his opportunity to fail at wheat farming. About the only thing he hadn’t failed at was getting Ma pregnant.

Quan Blackhorse on returning to his family’s abandoned home in the Texas Panhandle ...
Quan sat cross-legged on the floor picturing what had been before the accident. His mom baking bread, his dad coming through the door dirty, tired, and proud. He strained, trying to make his memory retrieve the sounds of the Comanche his father spoke only to him, but it had been eight years. He shook his head. Then he rose and spoke to the air. “I am back, Father. I cannot assuage my guilt, but I will redeem your name. The burden of injustice is now mine.” 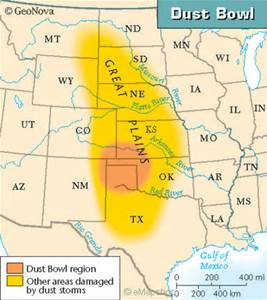 The Land
Willy Gil walked the hard, sore ground that was his farm, mourning. Mourning for events that couldn’t be changed and now needed to be put to rest. Mourning for the child and mourning for the family member who killed her. And now the killer appeared terminal.

You can read chapter one of Inherit the Texas Earth at vickischoen.com
Posted by Travis Erwin at 3:52 PM

What a great appetizer. Now, I have to buy the whole meal.

What a great appetizer. Now, I have to buy the whole meal.

One of the most interesting periods of American history. I do love stories that weave themselves in with the canvass of reality. May you find your success with your first effort Ms, Schoen.

This blog is well organized and captivating to read. Keep up the good work, mate!