I'm not going to lie. I am an opinionated person. I'm also pretty outspoken even when my opinion is not all that popular.

I am critical of certain things more than others.

Beer.
Literature.
Music.
Sports.
Humanity and basic kindness for others.

In no particular order, these are things I am passionate about. The later at times spills over into politics but don't worry this spot isn't about politics. It is about critics. Like me. Sometimes I think those of us with with staunch opinions are labeled negatively. Sometime we are called snob. Heck, I've even described myself as a beer snob, but I think technically that is the wrong term.

Without consulting Merriam or his friend Webster I will say snobbery strikes me as a bed mate of judgemental and judgemental I am not.

Oh, I hear you skeptics out there. How can an opinionated critic be anything but judgmental?

Easy. Before I pass down my opinion. Before I criticize. I consider one question ... What is the intended audience? 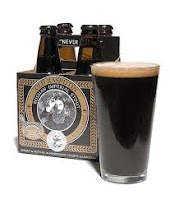 Let's go back to beer. Yeah, I think nearly all the mass produced swill of Bud and Coors and Miller is nothing more than the glorified urine of of their respective CEO. But hey, its obvious there are millions of adoring fans. I mean people have to drink something while they are listening to the corporate manufactured music of people like Luke Bryan and Florida Georgia Line? One bad but shiny and heavily marketed recipe deserves another just as a finely crafted Russian Imperial Stout goes well with a perfectly grilled medium rare steak while listening to some fine tunes by Jason Isbell.

Or maybe you want something a little less heavy. Go ahead sip a good ol' Shiner Bock while you listen to Dan Johnson and the Salt Cedar Rebels regale the fine state of Texas. This duo pairs nicely with a number one combo from Whataburger, or a plate full of Tacos to gain the full Lone Star experience.

Sadly the novel has now tainted the erotica genre by draping the finely crafted books under the same pleather hood. Just as people hear the words country music and think Nashville and the whine of Rascal Flatts or the melodramatic moaning of Tim McGraw. Here in Texas country music means Robert Earl Keen and Willie Nelson. Waylon and William Clark Green. People that put emotion above commotion in both their lyrics and performances.

So yeah, while I am of the opinion that the corporate record company music is crap, that beer sold by companies that market their fancy bottle and cans harder than they do the product inside is nothing more than pablum for the masses, that most of the stuff we are TOLD to like and buy is a scam I recognize there is an audience who don't want to learn, explore, try new things. This is corporate America's intended audience.

And I'm not among them.

Preach the truth about the mainstream ureers, I mean beers.

You, sir, are a member of the counter-culture. Only the best people are!

Well said Travis! Though never a beer snob (I think I have maybe drank 100 bottles of beer in my life) I was bourbon connoisseur for a long time. Not much advertising to pull in the unwashed masses which was fine for me, made me sound expert in my opinions.

Opinionated people are the best, but only when they can back up the talk statistically. But I am in complete agreement Madison Avenue has the people, the world all herded up and drives them to whatever slaughterhouse pays the most per pound.

Like you I will take the unsigned independent every time.

Download the song to create an easy ringtone at You will definitely like it. I recommend using it. You need get more info Download MP3 ringtones at ringtone123.net

Great article, thank you for sharing. You can download more free ringtones at ring320kbps.com

Great article. Thank you for sharing. You can download suonerie at https://suonerietelefono.net/