I've got a reputation for being somewhat quick witted. Some might prefer the term smart-ass. I credit my days working for Doyle at the Feedstore for this skill for there it was fire back, fire hard, or forever be fodder. So whether it be in the maintenance shop at work, having drinks with friends, or sitting around the dinner table with my family I am prone to let loose a verbal jab. To me it's just a natural reflex.

So I have only myself to blame for my boys jackassery streak. My youngest is especially adept and he LOVES to push my buttons.

"Dad, know why I still believe in Santa Claus?" He is 8 almost 9.
"Because you are too lazy to get up in the middle of the night and pout out all those toys."

And there is no place my boys like to jack with me more than in the car. They will fake fight, though Lord knows there is also plenty of authentic fighting also, just to get me excited. They will repeat the same word ten thousand and eighty-nine times just to get me twitchy. They will snort, snot, hack, wheeze, couch, stutter, stammer, poke, prod, hoot, hollar, scream, shout, bawl, belly-ache, snicker and sneeze just to drive me bat shit crazy while I am behind the wheel.

And about a week ago during the midst of one such episode I lost my cool and in VOLUMIZED manner told them one of these days they were going to make me wreck.

Flash forward a few days. My youngest spotted a billboards for a local Donut store that read CHIPPY DIPPY DOO. I wasn't in the car at the time but my Jennifer said both boys immediately started laughing and said, "I bet if we say that over and over and over Dad will freak out and tell us we're gonna make him wreck."

So all three of them decide to do it, and the next time I'm serving in my chauffeur capacity the trio begins to sing out CHIPPY DIPPY DOOO in singsong. Between fits of laughter they kept up their barrage until the next stoplight.

But that's when I struck back. 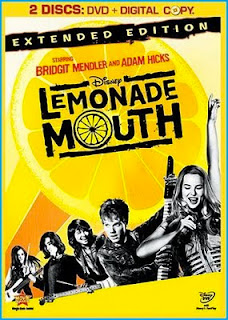 With the band Lemonade Mouth singing away on Disney Radio I quickly peeled off my shirt and began dancing wildly while sitting at the stop light. Let me tell you the site of their dear old shirtless dad gyrating away in a minivan with untainted windows more than puckered their spirit.

And to those unfortunate souls, sitting at the stop light at 34th and Bell streets, no that was not a bloated dancing Sasquatch you spotted behind the wheel. 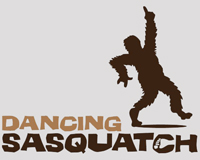 I've already threatened to reenact the scene when I drop them off at school.

Suddenly the car is a much more peaceful place.
Posted by Travis Erwin at 8:48 AM

Email ThisBlogThis!Share to TwitterShare to FacebookShare to Pinterest
Labels: I'm a Doofus, Music, The Family

The best way to get the little buggers to calm down is by doing exactly what you did.

You have my respect, sir. Dance on.

Hahahahahahaah I can see it and automatically know it is a true account.

Better to be a smart ass than a dumb ass any day.

Sweet revenge! Hats off to you..or should I say shirts off :)

I've used the dancing thing to embarrass my kids. And I laughed at the "micro" and "soft" comment on Gary Colby's blog (like you). BUT I do love lettuce, so I know we're not twins. :)

Yes, use what weapons you have. !!!!
There's no fair fight where kids are concerned.

Awesome. Potential embarrassment is a great way to put kids in their place. Nice job, Travis!

Oh, DAD! How COULD you? You're EMBARRASSING me! Hahahahahahaha!

Now why didn't you tell me this notion thirty years ago. Kudos.

You win! That's a purely awesome way to get back!